Spike’s love of aviation comes from his late father Robert Wademan who was a Spitfire Pilot in WW2.

Spike grew up listening to his stories of dog fights, camaraderie, bravery and tragedy in the skies which fuelled his imagination.

From an early age Spike loved to draw scenes from his father’s stories, and as he grew up, so did his technical understanding of each plane and also its historical context.

Spike’s paintings are carefully researched. Each canvas captures a moment in history when men pitted themselves against each other and the sky to survive. 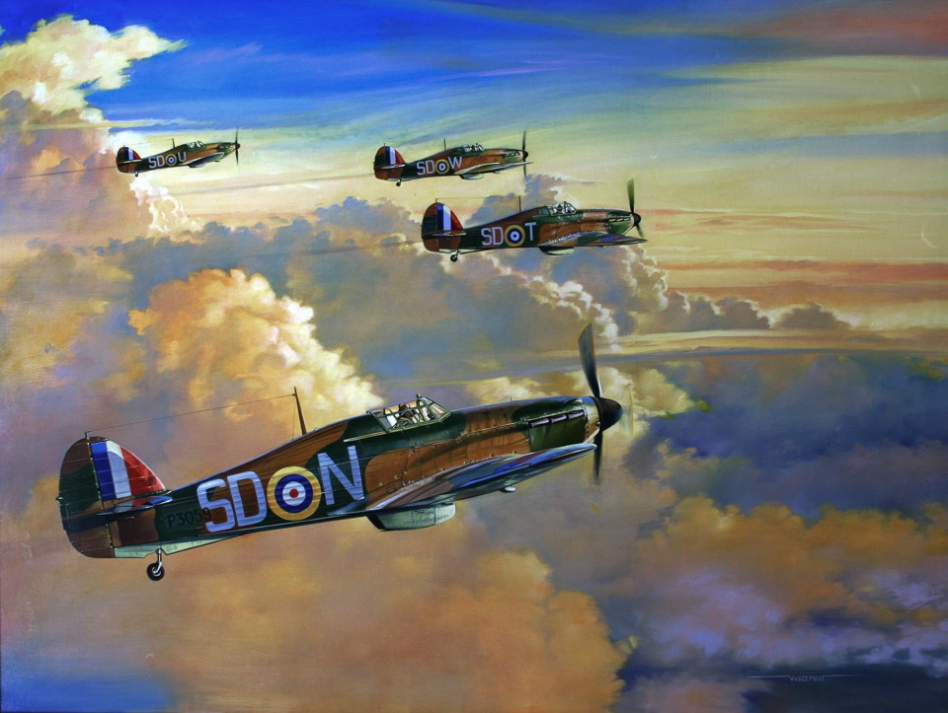